An exhibition match that hoped to raise awareness about breast cancer in the UAE hits all the right notes.

The 2020-2021 polo season at Ghantoot Racing & Polo Club (GRPC) got off to a poignant start when a friendly exhibition match featuring some of the best players from the UAE and Argentina was held at the scenic Abu Dhabi-based polo club on Friday, November 6.

The match was held to mark the club’s annual Pink Polo Day, which has developed into an awe-inspiring initiative to raise awareness about breast-cancer in the UAE.

The game itself was played in a friendly manner with winning not the only objective for the players’ who turned ambassadors to promote the cause of and ideals of battling the disease through sport.

For the record Ghantoot A led by Abdullah Bin Desmal won the match against Faris Al Yabhouni’s Ghantoot B, by four goals to three.

In a close game that saw the players using the occasion to shake off all the off-season rust due to the the long lay-off Argentie professional Manuel Tocallino scored three goalsafter Nasser Al Shamsi’s opening goal.Yousef Bin Desmal showed plenty of early season form when he scored twice for Ghantoot B after Ali Al Marri’s opening goal.

This is the 11th year since Pink Polo Day was instituted at Ghantoot, the UAE’s only Royal Polo Club, which was created by the late His Highness Sheikh Zayed Bin Sultan Al Nahyan, President of the UAE, in 1994 as a private sporting venue. It is now run under the patronage of his son Sheikh Falah Bin Zayed Al Nahyan.

Speaking on the occasion HE Zayed Khalifa Zayed Alboudi Alzaabi, the club’s Director, said: “We have seen Pink Polo Day grow in leaps and bounds over the past 10 years and are hugely encouraged by the impact it has had on our society. Events like these are very successful in raising awareness towards such a disturbing issue as breast cancer.
“In response to the Covid-19 pandemic our first priority was always the safety and health of our people and as a result we put in place a range of measures to best protect our players, officials and guests.

“The measure included strict limitations and controls on who could attend our event as we resorted to the many steps that helped keep Ghantoot Racing & Polo club safe the use of protective equipment, health screening processes and social distancing protocols,” Al Zaabi added.“We are proud that we have successfully delivered the first polo event behind closed doors and we will now turn out focus on continuing to maintain the high standards of assured safety for future events. We will continue to work closely with the players,, sporting authorities and government to ensure compliance with all necessary requirements.”

“We at Ghantoot Racing & Polo Club are determined to remain resilient, strong and vigilant as we move forwards in these unprecedented times,” Al Zaabi concluded. 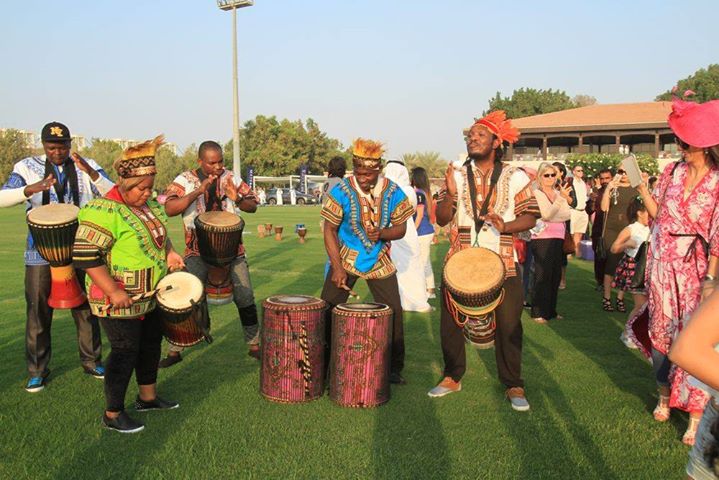