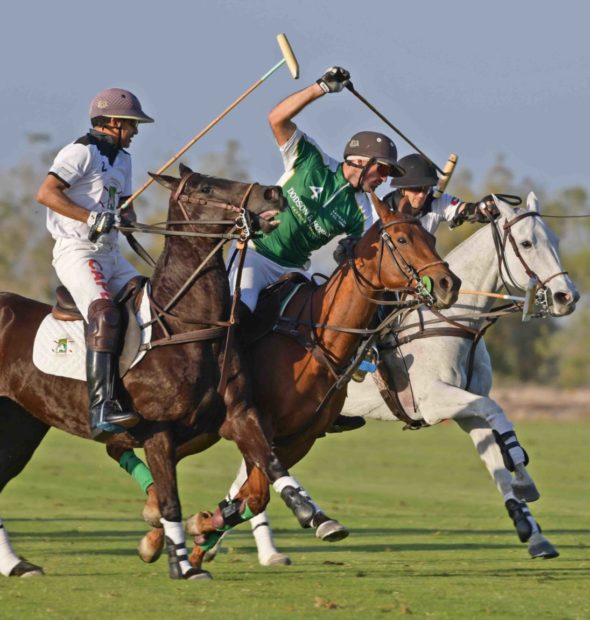 The sport of polo can be traced back to the 5th century B.C., but many believe it is much older even than that. It was developed as a war-game that was used to train cavalry, and many believe that it was first played by warrior tribes in Persia (modern day Iran).

It is clear, though, that polo has spread quickly across Asia. Early polo did not take the form of the ordered four-a-side game that we know today. It was not unusual for teams of a 100 or more to take to the field and it was a very rough, physical sport, which often saw many injuries. The first polo club was founded in Assam, India, in 1834.

During the Middle Ages and early modern era, the game of polo was played from Constantinople, where a polo ground was constructed during the reign of Emperor Theodosius II in the early times of the 5th century, up to Japan around the Middle Ages. Later, it spread south to Arabia, and to India, and Tibet.

As a game it was formalized and popularized by the British and taken to the West after an Irishman, Captain John Watson, of the British Cavalry 13th Hussars, created the first set of written rules in the mid 19th Century. Today, polo is played in more than 60 countries, although it is most popular in Argentina, the US, and England.

Played between two teams of four polo players on a lush green field with 300 by 160 yards or 250 by 133 sq.m. of land measurement that has 3-yard goal posts on either end of the field. The team with the most number of goals is the victor of the match. Moreover, each chukka or period of the game is up to 7 minutes long.